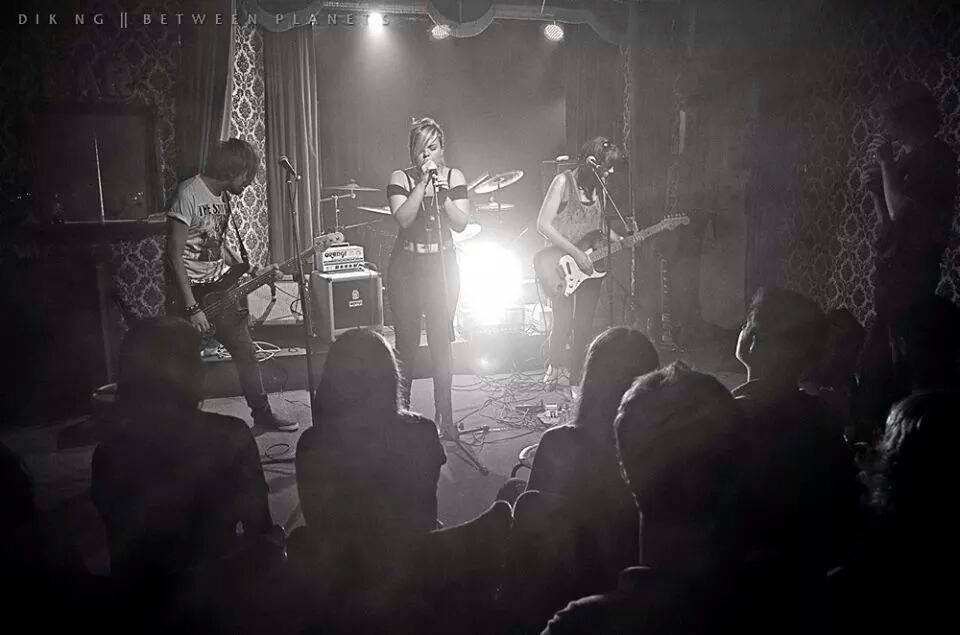 Took a last minute decision to head over to Ashford on Friday night and check out the amazing Salvation Jayne. A four piece band from Kent with all the dirty, sexy Blues soul you will ever need in your life, and for me that’s a lot!

I’ve been to see Salvation Jayne a few times now around Kent and they never fail to blow my mind. I am a die-hard fan already. Where do I begin?

Let’s start with Dan. Dan Lucas is quite the talented musician. In this band he’s playing bass. Not his first instrument but man does he have it down. He’s got a great distorted bass tone that’s not only holding down the groove but also filling in where a second guitarist or keys player would often be needed. I’ve seen him play in other bands too and recorded at his studio, Anchor Baby. A great musician all round.

Next up, completing the rhythm section is Lucy Foster. Although very young she’s already gained a large amount of experience and her playing is solid. I think she has a lot of potential and she looks so casual when she’s playing like she’s not even thinking about it.

Holly Kinnear is the guitarist in Salvation Jayne. I guess I’m naturally more aware of and critical of all guitarists because its such a part of what I do. In this case I don’t have to be critical, I really like Holly’s style. It’s a great British Blues sound, very gritty with just enough distortion to break up and get dark but all the notes are crystal clear. I see a lot of bands on the local scene and she definitely falls in my top 10 local guitarists to watch. A hard list to enter I’d like to believe. I also really like Holly’s slide playing, a great skill that I must work on myself.

Finally it’s Amy Benham. I don’t know where to begin really. The band sound great when they’re on their own but then add Amy’s voice into the mix and you’ve really got something. She’s clearly heavily influenced by Beth Hart and that’s a wonderful thing to behold. After just a few lyrics I could hear people commenting on this incredible voice and the more Salvation Jayne played, the more captivated the audience became. “Spellbinding”, that’s probably the best word to describe Amy’s voice. I find myself absolutely lost in their songs throughout the whole set and it all happens too fast and then it’s over.

I can’t recommend Salvation Jayne enough. They are exactly the kind of sound and talent that the local music scene needs. They’ve already got a great mix of original and cover material and I see big things for them. I look forward to the release of their EP on the 1st December 2014. You can pick up the first one at salvationjayne.bandcamp.com Go and check them out. In the meantime though, check out the first video they produced below to get an idea of what you’re missing.